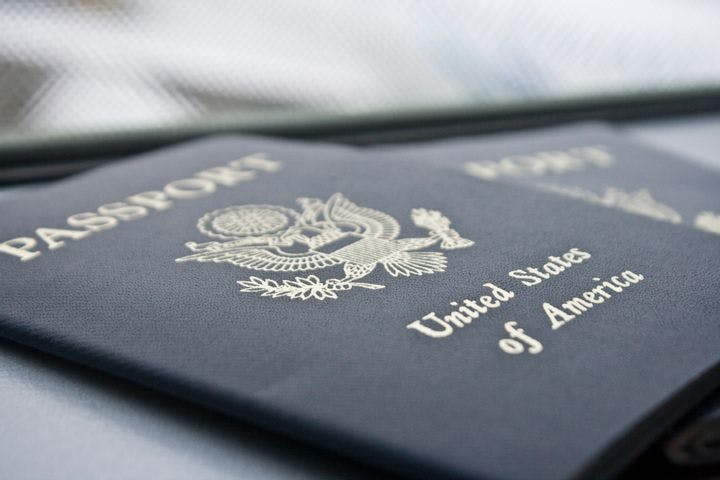 Paper Trails: Rise of the Passport

When passports were introduced, "respectable" travelers took offense at the idea that their word could not substantiate their identity.

Craig Robertson opens his history of the passport with a seemingly trivial anecdote: In 1923, a Danish man traveling in Germany reportedly had to regrow his mustache before border officials would permit him to return home. When clean-shaven, he did not resemble the photograph in his passport, a document that had only recently become essential for travel across national boundaries.

The Dane’s experience seems benign compared to those of Arizona’s immigrants and other undocumented individuals in our post-9/11 world. But the beauty of Robertson’s The Passport in America is that it shows how a modern “documentary regime of verification” created new rules of movement for the well-heeled and marginal alike. The United States was slower than Europe to require identity papers, devising a universal passport system only after World War I hardened borders abroad and internal clamor resulted in immigration restriction in the 1920s. Yet America was perhaps more vigorous in its effort to track individuals and make them visible to the state.

When passports were introduced, "respectable" travelers took offense at the idea that their word could not substantiate their identity.

Robertson, an assistant professor of communication studies at Northeastern University, asks how “a piece of paper” came to be thought of as official identification, and why that document “was considered reliable and accurate enough to secure the border of a nation-state.” The emergence of nation-states themselves, the new value placed on experts’ claims to objective knowledge, and increasing bureaucratic centralization are all part of his answer. Tracing the career of the American passport from “a letter of introduction to a certificate of citizenship to an identification document” between the 1840s and the 1920s, when it assumed its modern form, Robertson takes fascinating excursions into the history of currency, voting, immigration, tourism, and even filing methods.

Robertson probes the technologies of identification that gradually became part of the U.S. passport, such as the bearer’s name, signature, physical description, and photograph, as well as the ever-more-standardized bureaucracy that produced it. The result, he argues, was official, state-produced identities that became truer, in a sense, than individuals’ own testimony about who they were. Yet, Robertson regularly reminds us, public (and even official) acceptance of the passport was contested.

One hurdle was the persistent association of official documentation with suspect populations such as criminals and the insane, so that “respectable” travelers took offense at the idea that their word could not substantiate their identity. The flip side was the fact that official-looking papers were not enough to enable particular sorts of individuals—Mexican workers crossing the border, merchants exempted from the draconian Chinese Exclusion Act of 1882—to prove that they were who they said they were. In these instances, bodies were scrutinized more carefully than papers, inspectors’ personal judgment trumping bureaucratic procedure.

One might imagine a history of bureaucracy to be dreary, but apart from a few moments of excessive technical detail, The Passport in America is compelling reading. We learn, for instance, about the difficulty that newly enforced borders posed for individuals who straddled them: One unfortunate man lived in his Canadian woodshed for four years, lacking the proper papers to enter the back door of his American residence! And we catch intriguing glimpses of an older world, where the U.S. secretary of state personally signed passports and, most foreign to us, where validating one’s citizenship was unnecessary for most travelers.

Increasingly, however, the passport became tangled with questions of state, exposing the gap between Americans who requested protection abroad and those who were entitled to first-class citizenship. Passports sometimes wound up in the hands of noncitizens and non-natives—free blacks, not-yet-naturalized immigrants, residents of the Hawaii Territory—complicating a tacit understanding of U.S. nationality as the property of whites only. Mormons (deemed polygamists and therefore undeserving of state protection), expatriates, and married women who had not changed their names posed further challenges for a novel apparatus for establishing identity and nationality simultaneously.

Bureaucratic rationality could never be as comprehensive or confident as its advocates hoped. As U.S. citizenship became more rigorously policed, and therefore more valuable, passport fraud proliferated. Nevertheless, the curious “archival logic” of the modern passport regime progressed, whereby an official identity was assembled by the government in anticipation of its future use. By the 1930s, Robertson writes, “the state could only accurately ‘know’ people through documents,” and, in an exquisite irony, if appropriate supporting documents could not verify one’s identity, the application process “had to create them,” providing the impetus to formalize other documents such as birth and naturalization certificates. One of the many virtues of Robertson’s book is that it makes these mundane bureaucratic practices strange once again.

Sarah E. Igo teaches history at Vanderbilt University and is the author of The Averaged American: Surveys, Citizens, and the Making of a Mass Public (2007).

Reviewed: The Passport in America: The History of a Document by Craig Robertson, Oxford University Press, 340 pp, 2010,

The art, like the artist, was solid, straightforward, and robustly American.